Today, llamas have a bigger reputation than alpacas and the two are quite commonly confused. But don’t worry, we have everything lined up to make sure you never mix these two up again!

At first, alpacas may seem very similar to their camelid cousins the llamas, but there is a variety of differences between them.

We can name at least 10 differences between the llamas vs alpacas:

1. Ears: an alpaca has straight, pointed ears. A llama on the other hand has banana shaped ears.

2. Wool: Llamas have no wool that is used for garments, rather hair that protects but is not appropriate for a sweater or scarf. Alpacas are bred purely for their luxurious wool which is one of the finest in the world. Alpaca wool is available in more than 22 natural and beautiful colors, from ivory white until black and every shade of brown. Click here to see natural garments of alpaca wool.

3. Face: The face of an alpaca is a lot fuzzier and woollier than a llamas face which doesn't have so much hair. A llamas face is also longer while an alpaca's face is a bit more blunt, giving them a very funny and unique expression and look.

4. Size: The llama is a lot bigger and can weigh up to 400 pounds while alpacas are a lot lighter and weigh in at around 150 pounds. The llama can have a height of more than 110 cm, alpacas are generally not much taller than 90 cm. 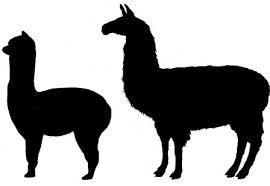 5. Purpose: Llamas are known as the "Ship of the Andes”. Their back is very suitable to carry heavy weights for long distances. Alpacas on the other hand, are all wool and couldn't even carry a small child.

6. Personality: Alpacas are very gentle and shy while llamas are very confident and brave animals.

8. Character: Alpacas are very intelligent and can learn tricks. Llamas seem to be too confident/proud and arrogant for that.

9. Like minded: Alpacas are 100% herd animals and need tot be in a group to survive while llamas are more independent minded.

And last, but definitely not least; the spitting...

10. Llamas are known for spitting quickly when they feel threatened, whereas alpacas are much more gentle and just spit as their last resort when they're really angry or scared. This can happen when they recently gave birth to a small alpaca.

To make sure you know with which animal not too kiss or go through life fairly traumatized...

These 3 guys are llamas: 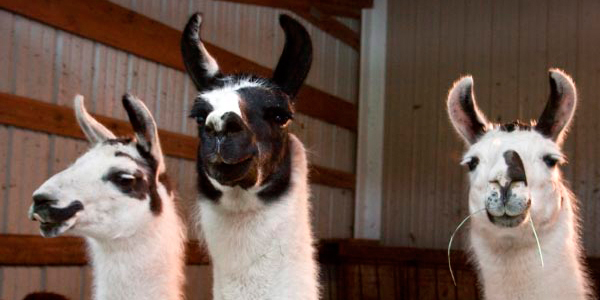 And these are alpacas! 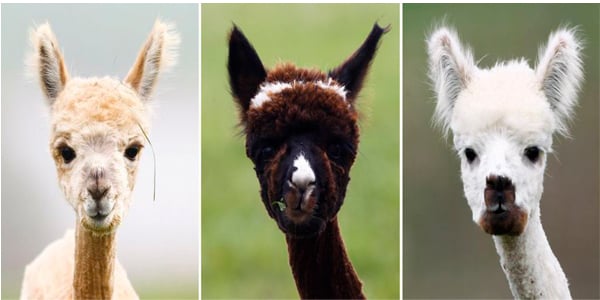 Are you curious what type of products are being made from alpaca wool?

What are you looking for?